SPUTNIK INVESTIGATION
Amazon: at What Cost?
It has been a year since tents were found pitched near to the Amazon Fulfillment Center in Dunfermline. They were believed to have belonged to Amazon employees, camping out in an attempt to save some money.
Once again, Amazon is back in the news.

By Maud Start
Amazon way © Sputnik, Maud Start
A report by the Sunday Mirror published in November exposed the "brutal" work conditions at an Amazon warehouse in Tilbury, England. According to the Mirror, employees were pushed to the brink by "impossible targets" and 55-hour weeks.

We went to Dunfermline, Scotland – home of the largest Amazon Warehouse in the UK – to see if Amazon's employment practices really are as risky as the press makes out.
Transline and PMP
Over the years, Amazon has frequented the papers after photos emerged showing exhausted employees sleeping on shift. Reports of ambulances showing up to take injured employees away grew in numbers, and many took to social media to complain about overtime.
According to a representative at the People's Assembly of Fife, these scandals became less frequent after Amazon ended its relationship with the 'Transline' recruitment agency. It seems as though a lot of the poor treatment of employees came from the job agencies themselves. A quick look at Transline's reviews suggests that the agency was incapable of treating their staff well.

It was Amazon that dealt with the brunt of the bad press, before severing relations with the company, after a Sports Direct scandal revealed 'Victorian Workhouse' conditions for employees.

Since the allegations in 2016, Amazon's company culture has supposedly improved, but some residents of Dunfermline town are still hesitant to apply.

It seems like Transline left only to be replaced by another 'evil'.

Now, it is PMP recruitment that is seemingly exploiting its employees. Adecco and PMP are Amazon's most used employment agencies, gathering seasonal workers from all over Scotland to work in the Warehouse. Recently, PMP hit the tabloids, after a concerned mother found a plea for help in her Amazon package.

Kim Dorsett took to Facebook to question Amazon about the note:

" My 13 year old daughter received her advent calendar today from her dad. She was all excited to open it because it was addressed to her. She found this inside of her box and is worried amazon are running sweat shops..... I've told her it's probably a prank but can you just confirm this amazon. "

PMP is yet to respond, whilst Amazon asked Ms Dorset to 'fill out a form'.
The Warehouse, Amazon Way 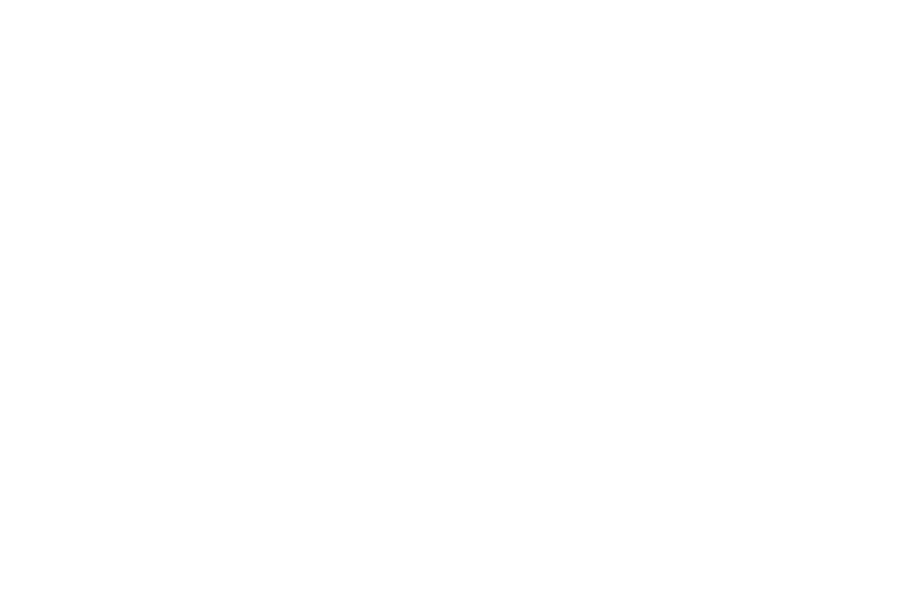 Jobcentre in Dunfermline © Sputnik, Maud Start
To get a job at the Amazon warehouse in Dunfermline, Scotland, workers must apply through the agency, which handles everything from transport, to payment, and sick leave. Such recruitment agencies are especially good at employing seasonal workers to handle Amazon's busy periods, namely, Black Friday, and the Christmas period.

These workers will be expected to work in the warehouse for just a few months at a time. They are given ten hour shifts (day or night), four days a week- and sometimes will be asked to work longer- Amazon's representative says that all overtime is paid.

Often, seasonal workers will be bussed in from cities as far as Glasgow or Dundee – a two-hour bus ride at least. At the end of the season, contracts will be terminated, and employees can choose to reapply after waiting 4-6 weeks.

The three main employers in Dunfermline are Sky News, Amazon and the Dockyards. Now that the government has terminated an $1,01 billion contract with Babcock International, the Rosyth Dockyards were forced to make 200 employees redundant. The demand for a stable job in the region has spiked.

Despite this, many people we asked said they would not go back to Amazon, even if there were no other option.

When pressed, they said that the job entailed too much physical strain.
Dunfermline Town © Google Maps, Map data, 2015
On a ten-hour shift, employees are permitted two fifteen-minute breaks, as well as half an hour for lunch. The warehouse is the size of eleven football pitches, and employees must walk through security queues to leave the building. Many employees we spoke to found the breaks to be heavily timed and very stressful.
Amazon Warehouse Dunfermline. An Amazon employee takes a break © Sputnik, Maud Start
Employee Entrance Dunfermline. Security is high in the factory © Sputnik, Maud Start
"If you work there you can be classed as just a number."
"I worked there for four and a half years. The last year was probably the roughest because the breaks got a lot stricter. You get 15-minute, half an hour break on an eleven-hour shift. If you were one or two seconds late then they would come and find you and ask why you were so late. We started going through 'Daps', which is like a feedback system. Verbal warning, second warning, final warning, dismissal. If you get a warning you will probably get a disciplinary.

I would never go back to them. If you work there you can be classed as just a number.

I've got a knee issue, due to working there. Working in the docks, I lifted something and did some damage to my knee. Instead of taking time off I just continued working on it, and now it is irreparable."
- Ryan, 23

Even if we're 3 minutes late we get a warning. I knew a guy that was 2 minutes late, because there was a blizzard outside. His manager was not angry, but because he had been late before they had no choice but to sack him. 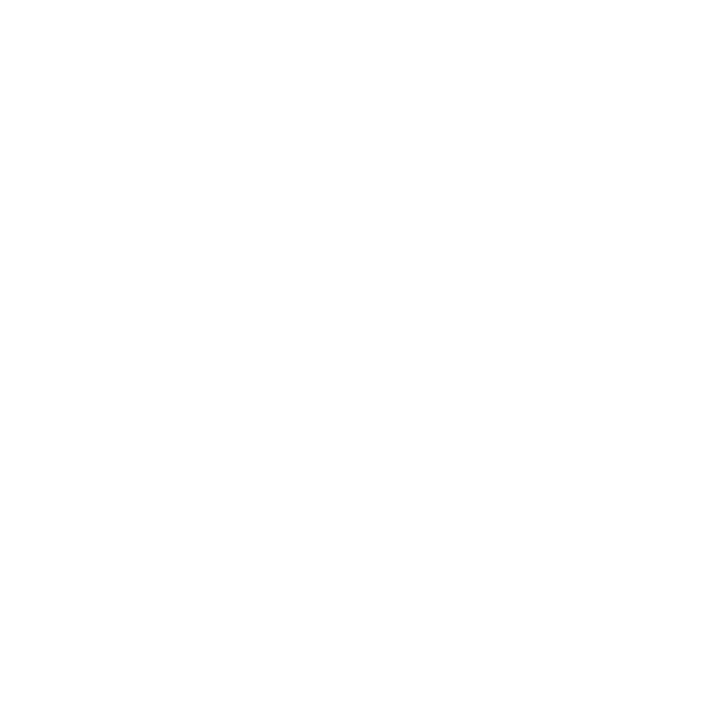 Julie, 40
Former Project manager at Amazon
AMAZON PICKERS
Targets and Productivity
In the warehouse, a section of employees are set with the task of 'Picking'. They scan and collect the packages that are ready to be delivered to the customer. The 'Pickers' productivity is timed using a scanner, which sets a target, eg. 120 boxes per hour. The scanner will count down between each item, beeping madly if the picker takes too long. Though Amazon has alerted us that this 'beep' can be turned off, employees are kept on their toes. Gerald (37, quoted below) said that at times he would fall behind target, and be reprimanded by his supervisor. Amazon's spokesperson denied this, saying that supervisors will actively work with employees who are falling behind.
Gerald, 37
Ex-Picker at Amazon Dunfermline
I found that at times, the targets were not achievable. My scanner was telling me to collect 140 items an hour, but I was fully aware that whilst going full speed, I was only picking 110 items. The beeper drove me crazy, I heard it in my dreams.
I was there for 9 months. That's the maximum you can do. They told me I could reapply after 6 or 7 weeks, but they didn't accept my application. I've been unemployed since.
I was gonna go back out of desperation, but they wouldn't have me!
Megan, 28
Ex-picker for Amazon
It's almost like being back at school. You have a certain amount of time for your lunch break and you're timed to walk there and back. It's not like you can relax on your breaks. It's a very physical job for the hours you do. It is 40 hours a week of standing on your feet, very tiring.

Amazon's Business Model
The business model implemented at Amazon explains a lot about the employee culture and its treatment of staff in the warehouse.
Amazon operates on a low-cost strategy. Utilizing the online sphere as their public face, what goes on behind the scenes is not immediately obvious to customers. In order to stay the market leader in terms of cost, Amazon must keep its production and distribution costs as low as possible.

To do so, they employ people on a 'just in time' seasonal basis, increasing their staff base over busy periods. Seasonal employee's work on temporary contracts- allowing Amazon to manage variation in customer demand.

In the warehouse, time is money. This explains the regulated break times and the heavy reliance on scanners to measure productivity. If an employee is late, or failing to keep up with productivity goals, this costs Amazon money. One ex-employee told Sputnik that during their time at Amazon, a points system was utilized, if they racked up too many points, their contract would be terminated. Amazon has disputed this, saying that there is no current point system in operation.
Like most companies, Amazon's business model will not permit individual employees to threaten their overall productivity. Amazon defends their model, saying that their attendance system is fair, and that individual circumstances are taken into account regarding staff absence.

"We completely support our associates, and use proper discretion when applying our absence policy. If someone does reach a certain threshold we will have a conversation with them to understand their own individual circumstances." - Amazon Dunfermline.

Nevertheless, warehouse operating is a 'non-skilled' job, meaning that employees are easily replaceable. With fewer jobs available- as the Scottish job market ebbs and flows- there's no shortage of applicants. It is less costly to hire seasonal staff over the busy periods, rather than taking out long contracts for all employees.

Amazon's business model uses tactics; employing short term seasonal workers and paying low working wages, so that they can keep their prices down for their customers. Working conditions are therefore compromised so that Amazon can lead the market in budget products- such is the nature of most companies operating on low cost strategies.
Sputnik reached out to Amazon,
and here's their statement:

"Amazon provides a safe and positive workplace for thousands of people across the UK with competitive pay and benefits from day one. We are committed to treating every one of our associates with dignity and respect. We are proud to have been able to create thousands of new permanent roles in our UK fulfilment centres in recent years. One of the reasons we've been able to attract so many people to join us is that we offer great jobs and a positive work environment with opportunities for growth.

"As with nearly all companies, we expect a certain level of performance from our associates and we continue to set productivity targets objectively, based on previous performance levels achieved by our workforce. Associate performance is measured and evaluated over a long period of time as we know that a variety of things could impact the ability to meet expectations in any given day or hour. We support people who are not performing to the levels expected with dedicated coaching to help them improve.

"All permanent Amazon fulfilment centre employees are given stock grants, which over the last five years were on average equal to £1,000 or more per year per person. Employees are offered a comprehensive benefits package, including private medical insurance, life assurance, income protection, subsidised meals and an employee discount, which combined are worth more than £700 annually, as well as a company pension plan. For permanent Amazon employees, the pay rate increases over their first two years of employment, when all employees earn £8.35 an hour and above."

Correction: this article has been partially amended per request from Amazon.