Sputnik News investigates
EXCLUSIVE: Meet the Man Battling Dangerous Cults Wherever He Finds Them
Since 1987, Ian Haworth has been running the UK's Cult Information Centre, offering advice, guidance and practical support to current and former cult members, and their friends and families. Speaking exclusively to Sputnik, he documents his battle.

Kit Klarenberg
Followers of Maria Lionza's cult lie down inside a circle formed by candles during their annual ritual at Sorte Mountain, in Venezuela's Yaracuy state, October 2009 © Associated Press
Ian Haworth's 31-years spent warning the public about the dangers of cults has frequently been a challenging, disappointing, unsettling and even dangerous endeavor. However, he thinks it's a battle worth fighting — he intimately understands the damage cults can so easily wreak on their own members, and society more widely. After all, he was once a cult member himself.

Ian's indoctrination occurred in the 1970s, in Toronto, Canada — at the time, he was a "fairly hardnosed" 31-year-old businessman, to many minds a perhaps unlikely candidate for cult membership. One day while out shopping in the city, he was approached by a woman on the street, who politely asked him to complete a survey, and he agreed.

While he filled out her form, she invited him to attend an introductory meeting of a community group she represented. Invitation accepted, Ian duly attended the meeting, which consisted of a talk, followed by a coffee break, then an instructional film. When the break came, he went for a cigarette, but was stopped by a member of the group, who asked him if he'd considered quitting — it just so happened the organization ran a four-day course that helped smokers stop puffing, and success was said to be guaranteed.
Thank You for Smoking
Interest suitably perked, Ian enrolled. By day three, he'd donated all the money he had to the group, dedicated his life to their work and given notice to his well-paid private sector job. While a shockingly swift conversion, Ian states such a timeframe is "normal, standard even". It's not the case cult conversion can be that quick — it typically is.

"We list 26 common mind control techniques employed by cults on our website. The majority of these were used on me, without my knowledge of course. The effect on me was immediate and profound — I'd been transformed emotionally and psychologically. My friends and family noticed the change, but I didn't perceive that at all. I thought I'd seen the light, was superior to anyone and everyone outside the cult. I was soon out on the street myself, soliciting funds and signing up new members," Ian told Sputnik.

Ian chalks his escape from the group's clutches down to pure good fortune. After a month of membership, the Toronto Star published a front page expose on the organization — then-named PSI Mind Development — revealing how their recruitment strategies had landed an individual in psychiatric care. He had yet to be brainwashed against media reporting, so wasn't reflexively disbelieving of the story.

Attempting to discuss the allegations with group's leaders, he was met with an aggressive wall of silence — in desperation, he contacted the journalist behind the story, who in turn connected him with a former member.

Together, the pair helped Ian disentangle himself from the group — while he managed to make a clean getaway, he spent the next 11 months suffering from post-traumatic stress disorder. Nonetheless, he attempted to free other members from the cult's mephitic spell — in the end, he successfully rescued six.

His experience taught him many things — not least that intelligent, strong-willed people are in fact primary targets for cults.

"The notion these groups primarily prey on the vulnerable and weak is a popular and dangerous misconception. Everyone's highly susceptible to their techniques, but the smartest and most stable individuals are actually by far the easiest to control. Cults' environments and brainwashing efforts can break down such people very rapidly indeed. In fact, the mentally ill are probably best-insulated against cult indoctrination," Ian told Sputnik. 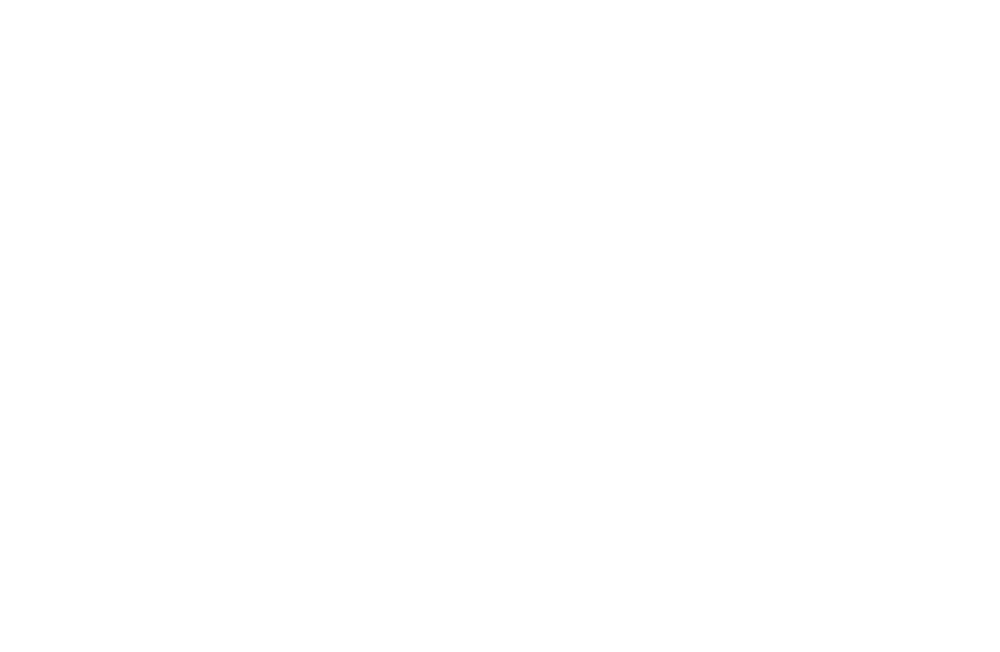 Pana Wave Laboratory cult member blocks photographer as police officers face off with the cultists in Yamato, central Japan, April 2003 © Associated Press
Mad, Bad, Dangerous to Know
PSI Mind Development is the one cult Ian is comfortable mentioning directly, as it no longer operates under that name — his organization typically doesn't refer to any particular group as a cult, as they understandably don't like the label, and have litigious tendencies.

Still, by his estimation around 1,000 operate in the UK today. They typically fall into two broad categories — therapeutic and religious, with the latter registered legally as religious organizations in the UK, and the former claiming to be self-help or self-improvement groups of some variety. He has found even ostensibly health-orientated organizations, such as yoga clubs, are in fact cults.

No matter the size of a group, or its true nature, he considers them all equally dangerous.

"To describe one cult as more threatening than others is like saying one woman is more pregnant than another — someone's either pregnant or not. Any cult, no matter its size, is hazardous to an individual's health and wellbeing. These groups control the minds of their members, and make them do things they'd never do otherwise. If victims are lucky, that might just mean handing over all their money — in some cases, they can be compelled to engage in sexual activity, and much worse," Ian told Sputnik.

As Ian's own experience shows, absconding from a cult is not impossible — but he says there is "sadly" no guarantee any cult recruit will ever escape.

Complicating the process of extrication, however, is the tendency of cults to pursue former members. In some instances, this may be a result of group programming — followers may genuinely believe an absconder has been led astray, and will attempt to pull them back in for their own good. In others, cults may wish to ensure the reality of their operations remains obscured from public view. In extreme circumstances, their silencing efforts may extend as far as intimidation, violence and even murder.

For example, Ian notes that in 1980, mainstream UK newspaper the Daily Mail ran an investigation into the Unification Church — often dubbed 'Moonies' — accusing them of ending marriages and brainwashing converts, among other deplorable activities. The Church sued the paper for libel, but lost heavily, the jury awarding the Mail a then record-breaking £750,000 payout after the longest libel trial in UK history.

Subsequently, the government began investigating the group, and was considering the revocation of its charitable status. As the official case was due to go before the courts, a former member of the group who was scheduled to be a key witness in the action was found hanged from a lamppost. Questions abound as to whether the individual committed suicide, or was murdered.

In another case, a student in Canada escaped from a cult, and reached out to Ian. He was severely distressed by his experience, and was struggling to retain composure as his university examinations neared. Ian arranged for someone to telephone the young man weekly while his exams progressed, to ensure he was coping.

"Not long after his exams finished, he was found dead. His throat had been slashed from ear to ear. The police ruled it was a suicide, but his family thought otherwise — his father was a doctor, and said there were signs the body had been moved, such as there not being enough blood where the body was found. It's not for me to say which conclusion is correct," Ian told Sputnik. 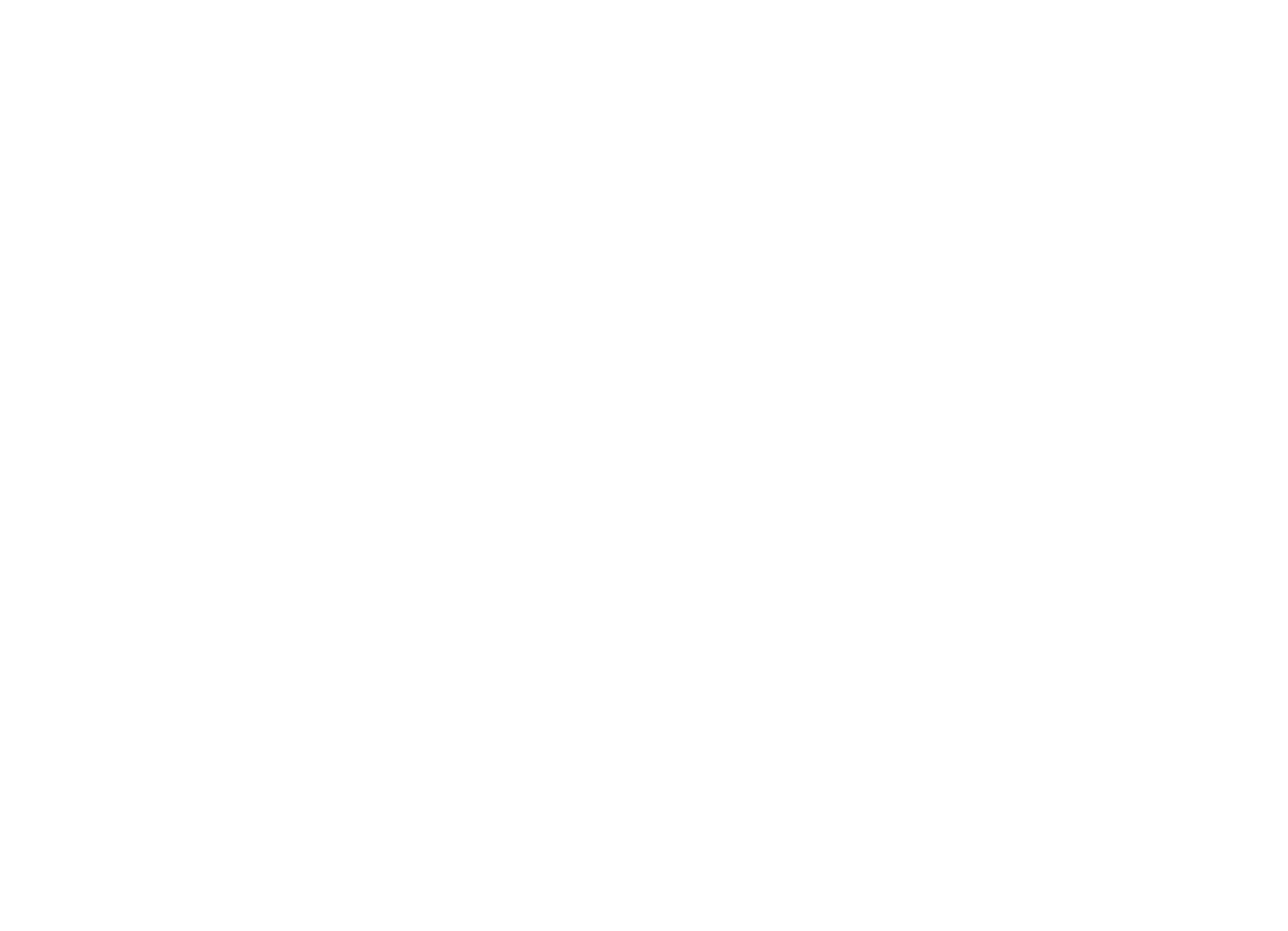 Unification Church honour guards carry the coffin (R) containing late Unification Church founder Sun Myung Moon during his funeral ceremony at the Cheongshim Peace World Center in Gapyeong, about 60 km east of Seoul, on September 15, 2012. © AFP
The British Backwater
Despite the obvious threat posed to the public, official UK action on cults has been, to Ian's mind, "woeful".

"By European standards, Britain is a backwater — the government somehow still fails to recognize how dangerous they are. We lack even basic public education programs that would ensure citizens are aware of how cults operate and what to be wary of, to prevent people from becoming ensnared. Similarly, there aren't any state-funded rehabilitation structures for people who've escaped cults. We only need to look at other European countries to see what we should be doing," Ian told Sputnik.

In particular, he points to France as an exemplar the UK should follow. There, after the infamous mass suicide by members of the Order of the Solar Temple in Switzerland in 1995, the National Assembly created a Parliamentary Commission on cults, which drew up a list of 173 questionable organizations operating in the country at the time, which included the Jehovah's Witnesses and Scientology.

Subsequently, the government created an agency — the Interministerial Mission for Monitoring and Combatting Cultic Deviances — that identifies and monitors religious sects the government judges to be dangerous. It issues regular reports on issues such as the financing of cults, and children who grow up in cults.

In 2001, the Assembly also passed a law that holds cult leaders responsible for the deaths of followers, and established a support group for cult victims, which can file lawsuits on their behalf. In 2009, a French court fined the Church of Scientology US$888,000 after a couple were manipulated into buying up to US$73,000 worth of church products.

By contrast, Ian feels the UK government's approach to cults has been most unfortunate. The closest the country gets to an official organization dealing with cults is the Information Network on Religious Movements (Inform), based at the London School of Economics. Founded in the latest 1980s by sociologist Dr. Eileen Barker, the organization explicitly eschews the very term 'cult', believing it to be a meaningless pejorative, instead speaking of 'new religious movements' (NRMs).

Dr. Barker is a controversial figure indeed. In 1984, she authored The Making of a Moonie, which argued the Unification Church's alleged brainwashing activities were ineffectual, and the group in fact struggled to recruit and retain members.

The book has been strongly criticized for its sympathetic tone — leading cult researcher Janja Lalich has called Dr. Barker a "procult apologist", and documented how she received payment from the Unification Church itself when writing the book, and attended 18 of the group's conferences.

Inform was previously funded by the UK Home Office, until in 1997 then-Home Office minister Tom Sackville scrapped this backing. Within a year, the organization was on the verge of financial collapse — it is now funded by the Department for Communities and Local Government, and donations from the Church of England, among other big ecclesiastical backers.

"It's perhaps inevitable officials aren't taking legislative action against cults with Inform on the scene, and it's hardly surprising I frequently hear from people who haven't heard of some of the most infamous cults in the world. It's appalling, and very dangerous. The government needs to take firm action, and it needs to do so now," Ian concludes.
Sputnik contacted Inform for comment, but is yet to receive a response

The views and opinions expressed in the article do not necessarily reflect those of Sputnik.